The first usage of LPG goes back to early 20th century. For the first time LPG was produced in the United States of America by “Riverside Oil Company who operated 9 refineries. As a supplier of natural gasoline, the company noticed that due to the vaporization, the gas weight decreases during summer months. In 1910 one of the engineers had been assigned to study this case. He collected vaporized gases and pressurized them. The result was 200 gallons of LPG. For the first time, in 1912 a talented man used LPG as a household fuel in Pennsylvania.

History of LPG in Iran

The usage of LPG in Iran began with the establishment of Butane Company. Prior to this event, LPG, which was 5% of Abadan Refinery’s crude oil refining operations was burned. In 1951 after the nationalization of the oil industry, Mr. Mahmoud Khalili found the opportunity of serving his country and his people as he always had wished. In 1953 along with his son, Mr. Mohsen Khalili, he took a long trip to study the LPG industry in France, Germany, United Kingdom and United States.

After one year the father and son aged 46 and 24 came back to Iran with hopes of establishing a new industry, which would be deemed a technical improvement in their country. Butane Company took form and the LPG industry was born in Iran. 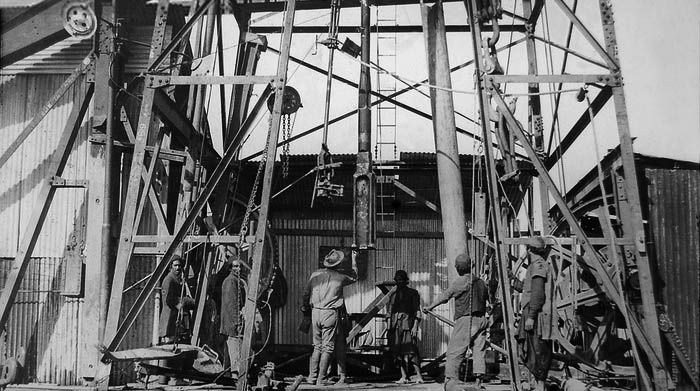 The term liquefied petroleum gas or filled gas in a cylinder and such others is used for products that contain the following hydrocarbons or mixtures thereof:

Propane, propylene butanes (Isobutane and normal butane) or butylite; these hydrocarbons are gaseous at normal atmospheric pressure and temperature, but they become liquid under pressure which makes their transport much easier. If the pressure is removed, they quickly turn to gas again.

Liquefied petroleum gas that derives from natural gas includes propane, isobutene, and normal butane; but most of this gas contains propylene (propane) and butylenes, which are obtained by cracking procedure in refineries. In addition, small amounts of ethane, ethylene, isopentane, and normal pentane may be present there.

In practice, commercial liquefied petroleum gas is not just a mixture of butane and propane, but also contains other hydrocarbons that have higher vapor pressures, such as ethane, ethylene, and propylene. Therefore, depending on the amount and type of hydrocarbons, it has a pressure of far more than 173 pounds per square inch.

All hydrocarbons that make up liquefied petroleum gas are heavier than air. This is a very important issue from a safety point of view, because if liquefied petroleum gas is released, especially in free quantities, it will try to accumulate in round and low places such as basements, ponds and other pits on the ground, and may catch fire before spreading into the air.

Liquefied petroleum gas is practically colorless and odorless, and therefore odorous substances are added to it so that in case of leakage, its presence can be felt in the air by inhalation.